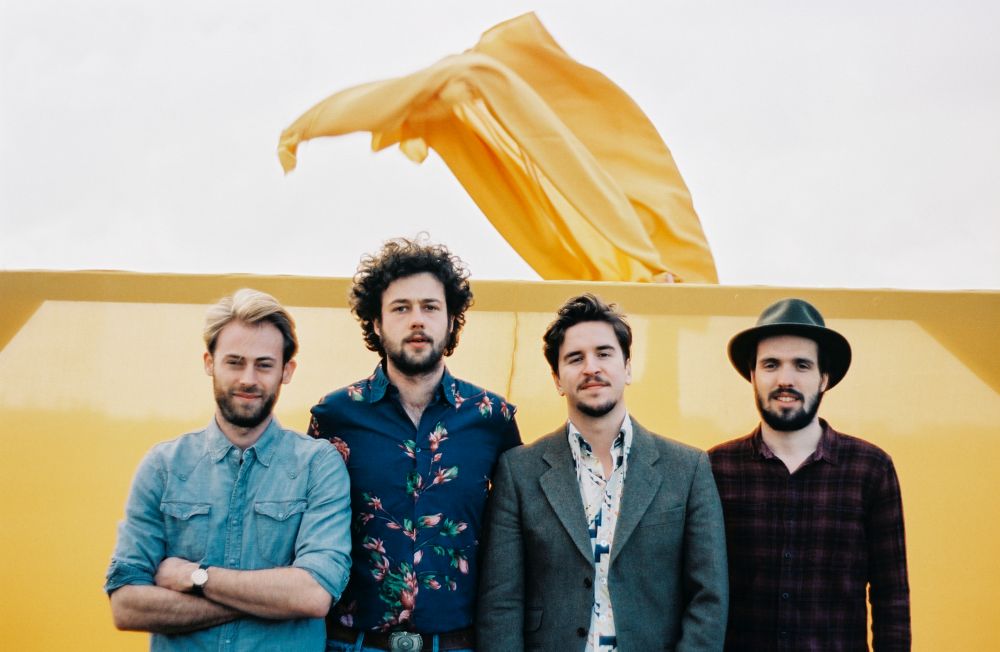 Although these four young men from Rotterdam are not related by blood, they are most certainly brothers. Brothers who share a common ancestor: The good time sound of rock & roll music. Inspired by great classic song smiths such as The Band, CCR, The Rolling Stones and Otis Redding, they pump out songs, playing the old souls of the future in a pure Americana style and with the unstoppable energy of a thundering diesel train.

„The Dawn Brothers will get you movin‘ and groovin‘, sweaty all day and sticky all night, whippin‘ up a frenzy of flammable fun that may just ignite.“ – Joshua Baumgarten

The debut LP from The Dawn Brothers, „Stayin‘ Out Late“ is a timeless new twist in the fellowship of present day roots music. They ride a wave from the past into the future, proving once again that there’s no time like the present. Bas, Levi, Rowan and Rafael all manage to shine as individual musicians on this record, yet what they achieve together is the real juicy juice that will make your soul feel whole and have your body a-shakin‘ like a leaf on a tree.

The Brothers say it best themselves: „If you’re looking to get silly, press play and call your momma, ‚cos you’ll be staying out late for a swampy revolution.“

This January the band was already invited to showcase at Eurosonic Noorderslag setting the tone for bookings far and wide. For now, The Dawn Brothers will fully focus on promoting their album and playing the hell out of as many clubs, festivals and stages they can, continuing a string of over 50 shows in 2016.

The Dawn Brothers, a force to be reckoned with.

THE DAWN BROTHERS on tour!