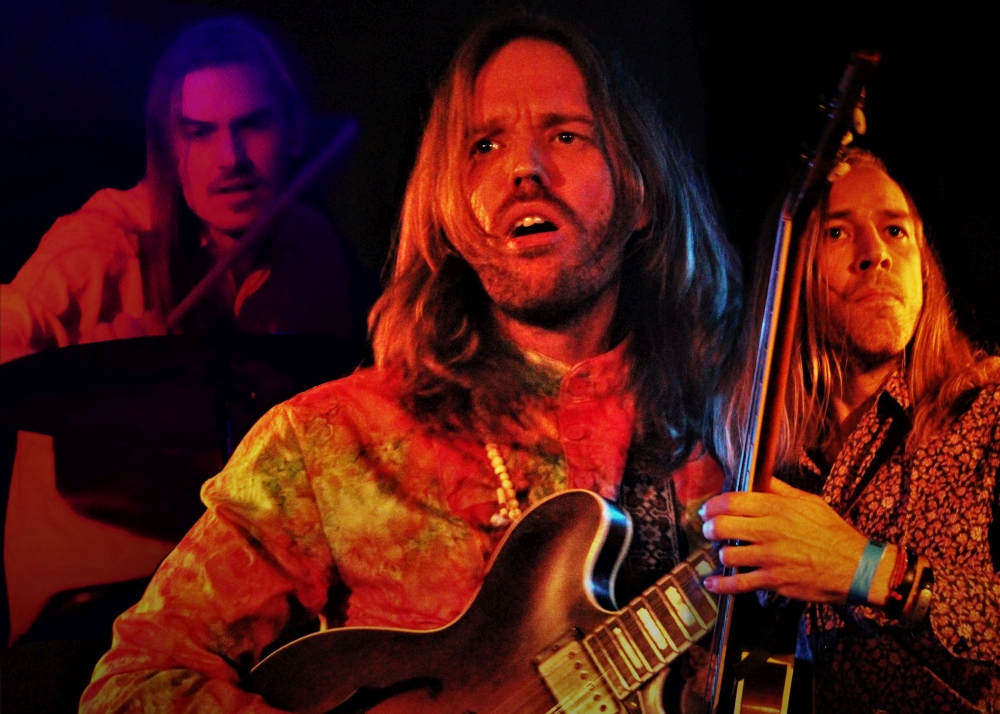 The Sonic Dawn is a rock band from Copenhagen, Denmark, known for their eclectic psychedelic style and prolific touring of the European continent. The group was formed in 2013 by childhood friends Emil Bureau, Jonas Waaben and Niels ‘Bird’ Fuglede. They have released three albums, which have been noted for their strong melodies and effortless blend of musical genres, from jazz to heavy acid rock. A fourth full-length is out in 2020 on Heavy Psych Sounds.

Their studio efforts and hundreds of shows across Europe, have earned The Sonic Dawn a place as one of the top bands in the psychedelic underground. “Denmark is entering the world market for psychedelic drugs,” wrote Classic Rock Magazine in one review. However, also the mainstream has been affected by The Sonic Dawn’s acid drops, via national radio airplay in several countries.

The Sonic Dawn landed their first international record deal with Berlin-based Nasoni Records, who released the band’s debut album, Perception (2015). The album was warmly received among fans of psych and stoner rock, and has since been re-pressed in a number of reissues, including a remastered audiophile edition.

The sophomore, Into the Long Night (2017), came out world-wide on Heavy Psych Sounds Records, where the band found a home for future releases as well. The band took an experimental approach to its inception. The music was written by day and recorded at night, during a month of complete isolation in a country house by The North Sea.

The Sonic Dawn’s third full-length, Eclipse (2019), was the culmination of a full year’s labor. It was recorded to tape and mixed in The Village Recording, with producer, Thomas Vang (Roger Waters et al.) and cut to vinyl in Abbey Road Studios. It was named as “easily one of the best psychedelic pop albums of the decade,” by one reviewer.

Enter the Mirage (2020) is arguably the most blazing and powerful album yet by The Sonic Dawn. It has an unusual live feel for a studio album, packing much of the raw energy and electricity that fans will recognize from live concerts. The Sonic Dawn has shared the stage with artists like Brant Bjork (US) and Graveyard (SE), and will tour extensively with their new album.

THE SONIC DAWN to appear at Rockpalast Crossroads Festival!