Norwegian Hard Blues Rocker PRISTINE have announced their fifth album „Road Back To Ruin“ due on April 19.04.2019 via Nuclear Blast. Singer Heidi Solheim and her band will hit the road in May, first with The Brew followed by two weeks of headline dates with tour support Ni Sala. All dates here. 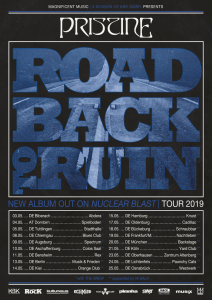