Stoner Rock legends ROTOR have celebrated 20 years as a band in 2018 with their sixth studio album, a comprehensive tour, as well as a big hometown show in Berlin which featured longtime friends Coogans Bluff and DxBxSx and which sold out months in advance. This 20 years anniversary gig at Berlin’s best venue Festsaal Kreuzberg was a highlight of the year for many who were lucky to attend. ROTOR have now published eight official videos from this show on YouTube. Meanwhile the band has announced they will return to Festsaal Kreuzberg on 26.10.2019. Tickets on sale now. 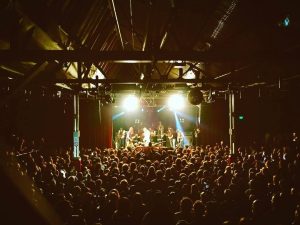