THE SONIC DAWN have digitally issued their fourth album Enter The Mirage on 01.05.2020 via Heavy Psych Sounds Records (physical release on 22.05.2020)! The album is being hailed as „a modern Psych Classic“ by Shindig Magazine. Check out the first video Hits Of Acid! Unfortunately The Sonic Dawn had to cancel their European tour in support of the album due to the Coronavirus pandemic. The band hopes to return to European stages in 2021.

The Sonic Dawn – Enter The Mirage

Incidentily The Sonic Dawn’s front man EMILE has digitally issued his solo debut also on 01.05.2020! The full lenght album titled Black Spider / Det Kollektive Selvmord, also available via Heavy Psych Sounds Records, should appeal to any fan of his main band The Sonic Dawn (it features fellow members Niels and Jonas on a few tracks too). The album feels melancholic and mysterious, but at the same time strangely familiar. Combining surreal soundscapes with a distinct sixties-style songwriting, Emile’s psychedelic loner folk debut comes together like a weird dream. A dream that shows a side of reality, too strange to observe in any other way. Driven by acoustic guitar and haunting arrangements, the frontman of The Sonic Dawn presents a unique backdrop, on which songs about death, life, loss and fear of growing old melt together with a dystopian look into the near future of our civilisation. 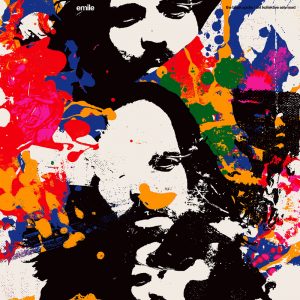