Danish Psych Rockers THE SONIC DAWN are set to appear at Crossroads Festival in Bonn, Germany on October 7, 2020. The festival is being hosted by legendary TV program Rockpalast. All concerts at the festival will be streamed live as well as taped for later broadcast on public German TV. Depending on the pandemic circumstances in October the festival will either allow a small audience or will host these performances as ghost concerts. Earlier this year THE SONIC DAWN have issued their fourth album Enter The Mirage on Heavy Psych Sounds. 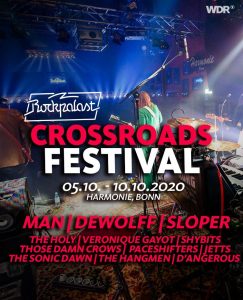